TEC 200 on repeat - At the end of human endurance 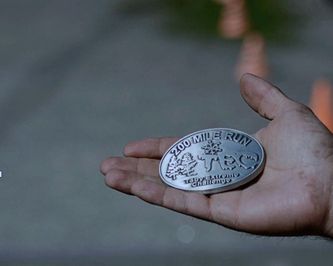 At the end of human enduranceHe was struggling. Thoughts kept coming, telling him how impossible it all was. The little energy he had left, drained out of the system and landed on the rough gravel road underneath his feet. It was the first night out and he was far from the finish and yet far from the start in a kind of no mans land. To be honest the odds were not in his favor. Only a fool would bet he would reach the finish line. Frankly. Mikael Malmberg was done.From the beginning they had been twelve brave souls. Some would come to doubt what they did and why they had come at all; others experienced more pain than ever before. Before Sunday afternoon there would be been much blood and tears. But in the beginning all of them were cheering. It was Friday morning and the sun was out. How could they not feel optimistic? It was one of the first days after a long winter when warmth could be felt against the skin. Some of them faced something they had never done before; a race stretching 200 miles which was the same distance as if they would have ran from Berlin to Prague. But instead of covering the stretch from A to B, they would run 28 loops on a gravel road through a forest outside Stockholm. It all started there ten years prior to that day. It was the meet-up of the year for the pioneers of ultra-running. They ran, 100 miles, a few, even 200 miles. But they did it for fun. It was not really a competition. They just wanted to have a good time and find out what was possible for them to do in the sense of covering a distance. In the society where wealth was measured in money and respect defined by success it became more rare to fail in challenges. So we turned more to the extreme in order to feel acceptance of failure since the challenge was so extreme anyway. Because as people, we needed failures to progress and to find the true growth within ourselves. So the scene of ultra-running started boomin until it exploded and became a movement. Instead of seeking salvation in churches and using other traditional methods, many found liberation in running long distances. So from being just a few, the ultra community had gone big and every serious ultra-runner came from their corners to form the center to what had become one of the finest running-events in Sweden. Täby Extreme Challenge (TEC) had become the holy grail of long distance running in Sweden with races ranging from 50 to 200 miles where the 200-milerunners had to complete the 28 loops within 54 hours.Mikael Malmberg had done a lot of mental training before the race. For him running was a kind of meditative rest, a break from everything else. He grasped the Buddhist way of accepting everything as part of the experience. The pain. The fatigue. Even the hopelessness he knew he would feel at times. Mikael ran the loops in order to feel life as intense as never before and to break his own barriers. Surviving the first night out he reached another kind of reality the second night and entered the world of hallucinations. Mushrooms started to inhabit the trail alongside with red packages and even the trail itself moved in its own way. Mikael felt like the brain was showing a movie where every other sequence was missing. He was tired beyond something he had experienced before. Mikael would soon turn 55 years old. He has chosen to believe in the possibilities of strong emotions instead of mental boundaries. He wanted to be a person doing epic shit. Not for anyone else. But in order to feel alive and do things he has not done before. He became happy when something felt impossible but he still dared to believe it could be done. Opinions would be divided by the many if discussed: The mind of a genius or a mental state of the psychopath.

Martin Scharp, the course-record holder, struggled. He chased another record. Not that he had anything to prove. He had already participated five times in the race (3X200 miles + 2X100 miles) and covered 800 miles on the 11,5 kilometer long trail. But he never got tired of the environment although he knew almost every step of the trail. The atmosphere in the service-tent at the end of each loop, the lake he passed every time, the trees, the people cheering, it would all remain inside him. Probably forever. But in the darkness Martin fought the exhaustion. He did not think of what would become memories. Truth to be said, he did not think at all. He had gone to a mental state of nothingness where he pushed himself forward beyond the invisible border. But many were the times he had to stop since he had lacked sleep before the race due to heavy workloads.  He found places along the track and slept some minutes here and there under a heaven so full of stars that it looked like a miracle. But even awake, the long-distance runner tended to fade away from other things. The eyes grew empty, the voice became lower and the vision more and more centered in the shape of a tunnel. Martin was the definition stubbornness and he never gave up. He knew the tunnel would finally cease and he would come out at the other end as long as he continued.After two days and two nights most runners were out of the competition. The competitors who were still moving, were all fighting hard against fatigue. 36-year-old Emir Halalkic stared with blank eyes, in the service-tent at the end of the loop, under a blanket made out of foil, with warm drink in his hand. 48 hours had passed since the start and he had not yet slept. His sole ambition had been to avoid sleeping at all. Like a robot of human endurance his body continued to function where others had failed. His mind was calm. He ate methodically. Changed some clothes and left the service-tent to get started with another loop. Next to where he sat, 52-year old Tommy Carlsson had smiled some hours before. Although in pain and with a possible injury Tommy was in danger to having abandon the race. Still. He smiled. What more could he do. Surrounded by people touching his aching leg. Everybody with his or her own opinion of what was wrong. They tried their best. With massage by gentle hands they gave him what they could. Normally it should not be enough with only love and massage to save the world but for Tommy it would be. Slowly he stood up. Still he smiled as he limped out of the service-tent. Sunday morning approached in orange and wiped out the once so magnificent stars and gave place for the awakening tales of legends.Mikael, Martin, Emir and Tommy would be the only ones to survive the second night. Their pacers and support crew consisted of family and friends who fed them, encouraged them and forced them out of weary dreams when they felt a sleep. Alone was strong. But together was stronger. The Sunday turned out to be another warm day. A smell of summer was blowing in the air. Martin Scharp reached the end of the race first, although failing to break his previous record he won by many hours and had the look that he could continue forever. Who was this 51-year old man who had run for 45 hours without even looking tired? A professional? Not really, but a married man with two kids and a fulltime employment who saw running as a hobby. And on top of that he looked, as he would be blown away by a strong wind. Most people who had been at the event during the weekend had left. The 50 and 100-milers have crossed the finish line. The supporters had gone home most of them. Of course they had, there was a life to tend to and a Monday with a coming week were upon them. But some remained. The young man who have made sandwiches for all runners since Friday-morning. The support-crew of the runners still in the game, the colleague of Emir Halalkic who he did not really know so well but who decided to come and help him, who had been pacing, feeding and caring for him in the best possible way. Maybe the world could survive with love and massage after all if there only were some running added on top of it; because at the end of the human endurance the real heroes were found. The ones who did not change the whole world but instead change everything for someone in that world. * Tommy Carlsson managed to overcome his pain and finished second in the race crossing the finish line smiling.

* Mikael Malmberg did some epic shit and reached the finish just over 52 hours.

* Emir Halalkic managed to stay awake during the whole 53 hours and 14 minutes he took to complete the 28 loops.

* Martin Scharp probably did his last TEC after completing 1000 miles in total on the 11,5 kilometer trail and two weeks later won his next ultra-race he participated in.